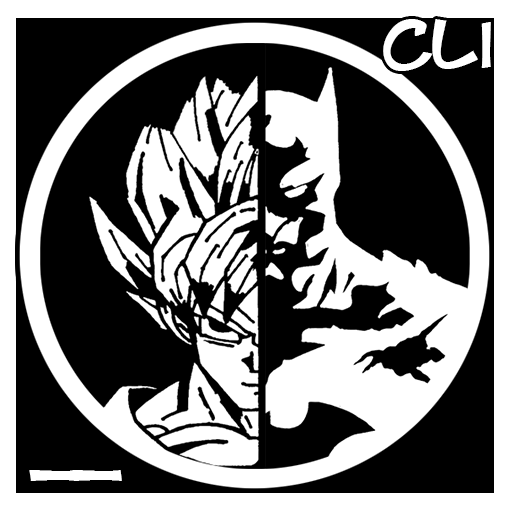 Comic-dl is a command line tool to download Comics and Manga from various Manga and Comic sites easily. You can search Manga from this tool as well. Idea from youtube-dl

Don't overuse this script. Support the developers of those websites by disabling your adblock on their site. Advertisments pay for the website servers.

Searching and downloading that manga is supported via MangaEden's API : http://www.mangaeden.com/api/

You can check the list of supported websites HERE.

This script can run on multiple Operating Systems. You need Node.js in your system's path for this script to work (You need this on each and every Operating System, even on WINDOWS :/). Download the Node.Js from Node.js official website. Doesn't matter which operating system you're on, this is a must. Follow the instructions mentioned below, according to your OS.

Since most (if not all) Linux/Debian OS come with python pre-installed, you don't have to install python manually. Make sure you're using python >= 2.7.x though.

We need pip to install any external dependenc(ies). So, open any terminal and type in pip list and if it shows some data, then it is fine. But, if it shows error, like pip not found or something along this line, then you need to install pip. Just type this command in terminal :

If you're on Fedora, CentOS/RHEL, openSUSE, Arch Linux, then you simply need to follow THIS TUTORIAL to install pip.

If this still doesn't work, then you'll manually need to install pip. Doing so is an easy one time job and you can follow THIS TUTORIAL to do so.

We need PhantomJS to access some websites. So, after all this, we'll install PhantomJS.

First, make sure your system is updated :

Grab Dependencies for PhantomJS (most important) :

Grab the suitable tar.bz2 file from this link Extract the contents of this tar.bz2 file you just downloaded. Open a terminal and follow the commands. * Don't forget the change the name of the file(s) mentioned here with the ones that you downloaded.There might be a newer version when you download

Once downloaded, move Phantomjs folder to /usr/local/share/ and create a symlink:

If none of these commands gave error(s), PhantomJS should be installed in your Linux/Debian systems just fine. You can check it by entering this command in any terminal :

If you're on windows, then it is recommended to download the windows binary for this script. If you use the windows binary, you don't need to install anything, except Node.js. But, if for some weird reason you want to use Python script instead, then follow these steps :

Now, install Node.Js as well and make sure it's in your path.

Well, if everything came up good without any error(s), then you're good to go!

After downloading and installing these, you need to add PIP & Python in your path. Follow THIS LITTLE GUIDE to install both, Python & pip successfully.

After installing and setting up all the dependencies in your Operating System, you're good to go and use this script. The instructions for all the OS would remain same. Download THIS REPOSITORY and put it somewhere in your system. Move over to the comic_dl folder.

Windows users, it's better to not place it places where it requires administrator privileges. Good example would be C:\Windows. This goes for both, the Python script and the windows binary file (.exe).

Linux/Debian users make sure that this script is executable.just run this command, if you run into problem(s) :

and then, execute with this :

This script supports both, Python 3 and Python 2.

It is recommended that windows users use this binary to save both, your head and time from installing all the dependencies.

You need to download and install Node.js and make sure it is in your Windows path (watch out for the tick box during install).

You also need to download PhantomJS and keep it in the same directory as that of this windows binary file or you need to have PhantomJS in your path. PhantomJS is required for some websites, which you can check in the list of supported sites.

If you already have it, then you can download this binary and start using the script right off the bat : * Binary (x86) : Click Here

Currently, the script supports these arguments :

These codes correspond to the languages. So, just pass in these language codes, to download Manga/Comic in that language (only supported by few sites).

1.) Some websites like bato.to don't let you view some pages if you're not logged in. You'll have to create an account and pass the login information to the script via -p and -u arguments.

2.) Since omgbeaupeep is uh... well, you just need to pass the absolute chapter numbers in the range section for that. For eg : Check out Richie Rich. If you want to download first 600 episodes, you would pass : --range 001-600. Just check the URLs for those chapters and pass accordingly.

In the updated of version 2017.12.28, searching is also available. This is a rather confusing approach though, so carefully read this section.

When you search via this tool, you will get the list of Manga and their respective unique IDs, that you will later use to download those Manga. Firstly, you will search for a Manga, it'll show it's unique ID, which you will copy and then pass into the tool again, it will list all the chapters listed in that particular Manga. The tool will then ask whether you want to download all the chapters belonging to that Manga. You can type in "Yes", "Y", "N" or "No" accordingly.

How To Find A Manga:

To search for a Manga, you need to use -find or --search argument followed by Manga Name.

For Example : If we wish to search for "One Piece", we wil use this : comic_dl.exe -find "One Piece"

As you can see, all the Manga matching the name show up, along with their unique IDs. You need to note these IDs down, if you want to download any of these Manga. Here, for sake of an example, we'll take "One Piece" Manga and its ID is : "4e70ea10c092255ef7004aa2".

So, now that you have the Manga's unique ID (mentioned above), you can now use that ID to get list of all the chapters for that Manga, or can even download those chapters directly. So, to list all the chapters of "One Piece", we will pass its ID with the argument --chapter-id. The command will be:

This will return all the chapters, along with their unique IDs, which can be later used to download a separate chapter.

You can download all the chapters of a Manga, as stated in the previous step. But, if you wish to download a particular chapter, then you need to get the unique ID of the chapter (mentioned above) and then download that chapter separately. You need to use --page-id "<unique_id_of_chapter>" argument. 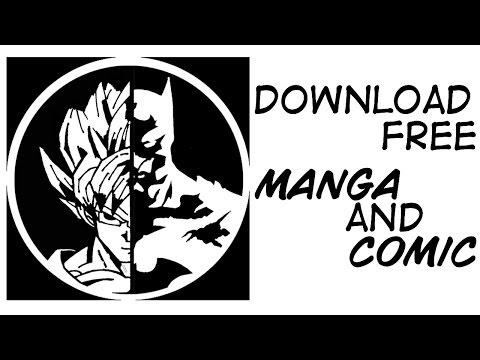 After you've saved this script in a directory/folder, you need to open command prompt and browse to that directory and then execute the script. Let's do it step by step : Open the folder where you've downloaded the files of this repository. Hold down the SHIFT key and while holding down the SHIFT key, RIGHT CLICK and select Open Command Prompt Here from the options that show up. * Now, in the command prompt, type this :

If you're using the windows binary :

comic_dl.exe -i <URL TO THE COMIC>

If you're using the Python Script :

After you've saved this script in a directory/folder, you need to open command prompt and browse to that directory and then execute the script. Let's do it step by step : Open a terminal, Ctrl + Alt + T is the shortcut to do so (if you didn't know). Now, change the current working directory of the terminal to the one where you've downloaded this repository. * Now, in the Terminal, type this :

You can autodownload the new chapters of your favorite comics by creating a config file in json format(currently is a manual process see config.json.example.

To generate the config file run the comand below and follow the instructions __main__.py --config

Note: It's not necesary to keep the comic files to download the next chapters.

This is a very basic and small sript, so at the moment it only have a few features. Downloads a Single Chapter and puts in a directory with the comic name, volume and chapter. Downloads all the chapters available for a series. Skip if the file has already been downloaded. Show human readable error(s) in most places.

You can check the changelog HERE.

Opening An Issue/Requesting A Site

If your're planning to open an issue for the script or ask for a new feature or anything that requires opening an Issue, then please do keep these things in mind.

If you're going to report an issue, then please run the script again with the "-v or --verbose" argument. It should generate a file in the same directory, with the name "Error Log.log". Copy that log file's data and post it on a Gist and share that gist's link while reporting the issue here. Make sure you EDIT OUT YOUR USERNAME AND PASSWORD, if supplied within the command.

If you don't include the verbose log, there are chances it'll take time to fix the issue(s) you're having. Please follow this syntax :

Command You Gave : What was the command that you used to invoke the script?

Expected Behaviour : After giving the above command, what did you expect shoud've happened?

P.S : Just attaching a screenshot will NOT tell or anyone else what happened behind the scenes. So, Error Log is mandatory.

Subject : Something that briefly tells us about the feature.

Long Explanation : Describe in details what you want and how you want.

This should be enough, but it'll be great if you can add more ;)

You can always send some money over from this :

Any amount is appreciated :)